A decadent combination of stout and rum dressed for winter 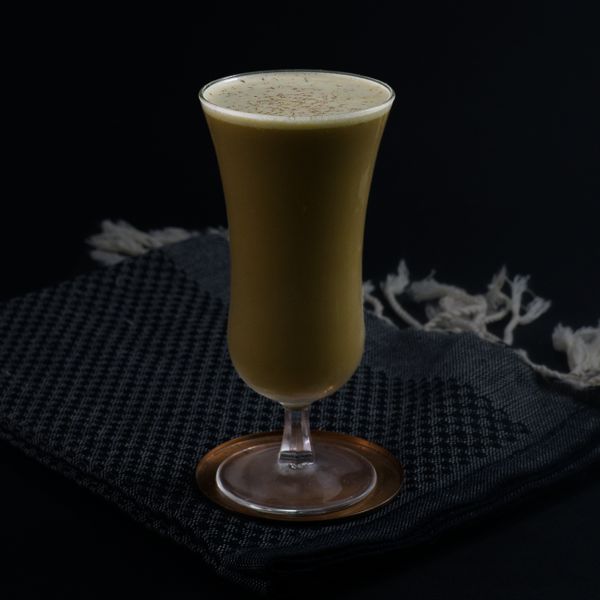 Beer cocktails can be gimmicky. At best, they are well-intended attempts to awkwardly work with an exciting new bottle; at worst, they are recipes bent into weird shapes to appeal to a beer drinking crowd. The black flip, created by Jim Meehan for the PDT cocktail menu in the winter of 2007 and published in his new and awesome Meehan’s Bartender’s Manual, doesn’t feel gimmicky in the slightest. In fact, the chocolate stout included in this recipe might be the perfect complementary ingredient for the drink: a true team player. In his book, Meehan notes that the recipe was inspired by a chapter on eighteenth century flips in the book And a Bottle of Rum. This statement makes sense, as the recipe contains all the snowy hallmarks of a modern flip, plus beer. Egg provides structure and texture, rum brings the caramel, beer brings the chocolate, and the nutmeg tops it off with perfect wintery spice. It is everything you want in a decadent cold weather cocktail: big, bold, with lots of comforting flavors.

It is worth mentioning how very specific Meehan is about the ingredients in this recipe. He requests both Cruzan black strap rum and Brooklyn Brewery black chocolate stout, stating that while he has made the drink successfully with several beers, one will “need to stick with these products for authenticity.” That said, if forced to choose between exactitude and not having this drink, please make the drink. If you are worried about authenticity, just remind yourself that nobody used ice in the 1700’s anyway. We have made it with several different styles of dark beer and it has been consistently excellent. This is also a great opportunity to break out your sweetest, most confectionary dark rum. The amount of demerara syrup requested in this drink seems like a lot, but do not stray: it is the right amount. 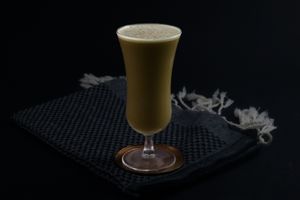