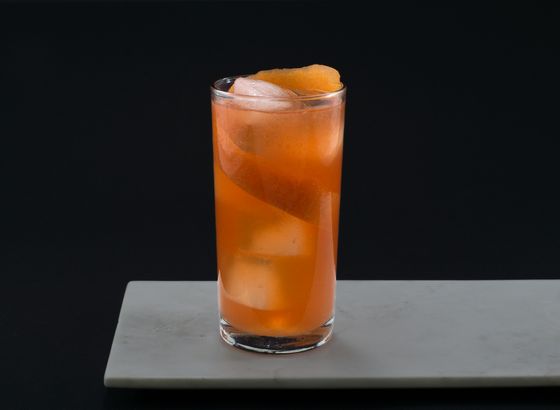 Aperol is a popular Italian aperitif, and a technical member of the amaro family, although—along with more intensely flavored members like campari and fernet—its relationship with the larger family is distant, with some considering it separate from the group entirely. Indeed, Aperol cannot easily be replaced by most amari, with the exception of Campari, and a lot of discussion about Aperol revolves around how it diverts from the spirit’s more-famous red cousin. For starters, Aperol is orange. Although it looks closer to red in the bottle, Aperol opens up into a beautiful tangerine hue when mixed. It is much sweeter than Campari, and much lower in alcohol. It is also less bitter, making it kind of like a Campari lite.

Originally created in 1912 by the Barbieri brothers, Aperol didn’t really hold much weight until after the second World War, when its namesake spritz rocketed the mixer to worldwide popularity. While we aren’t the first to say it, the Aperol spritz is not an amazing drink. Truthfully, like similarly basic diddies such as the Moscow Mule and paloma, it is difficult to say if the Aperol spritz even belongs in the cocktail category, or should be relegated to the group of drinks so simple you can say what they are, such as the whiskey soda or vodka coke. And yes—while the famous spritz isn’t called the Aperol Prosecco in the same way that a Moscow Mule isn’t a vodka ginger, we aren’t sure if having a “real” name qualifies a drink for the elevated status bequeathed to say—a Sazerac. No need to fret, there are several excellent modern cocktails that employ Aperol. The most famous is likely the Paper Plane, which balances Aperol against the sweeter Amaro Nonino. Aperol also makes an excellent summer pair with tequila, something on display in the beautiful naked & famous as well as the longer, taller 212.

In a pinch, Campari may be used, but the drink will be more bitter and less sweet and might need balancing