This old, complicated cocktail is steeped in history and magic 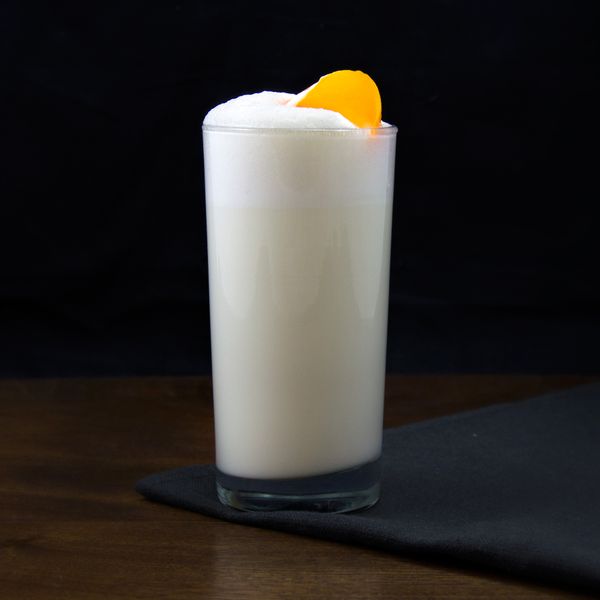 The Ramos is a classic New Orleans drink, at the ready to tame the morning linger of its nocturnal cousins. The term “fizz” applies to a family of citrusy, bubbly drinks that were especially popular in the early to mid 20th century. This particular fizz remained a regional favorite, yet only recently has ascended from swamp origins to thoroughly charm yankee bartenders and cocktail fiends alike. Hopefully, this time the trend sticks.

The Ramos has a legitimate reputation as labor intensive, but the work is worth it. There’s some debate over which type of gin early recipes recommend: a dry style, or the slightly sweeter Old Tom gin, but we think the ideal gin for this drink is St. George Terrior. The spirit’s soft herbal notes harmonize with the aromatic orange flower water to exploit a bit of childhood nostalgia: it tastes like a grown-ass creamsicle. Orange flower water, sometimes called orange blossom water, may seem exotic, but it's easily found alongside pastry supplies or in middle eastern markets, and having it on hand is a great excuse to make your own batch of grenadine.

To achieve this drink’s cloudy softness, shake as long as you’re able and until you no longer hear the ice inside. Debate exists over the historical inclusion of a drop of vanilla; we don’t think it’s necessary and have no desire to extend the list of ingredients, but it’s an option. The impressive structure of this drink requires no garnish, but if you’re inclined to accessorize, an orange peel adds to the nose.