A fun and sunny summer drink with easy proportions 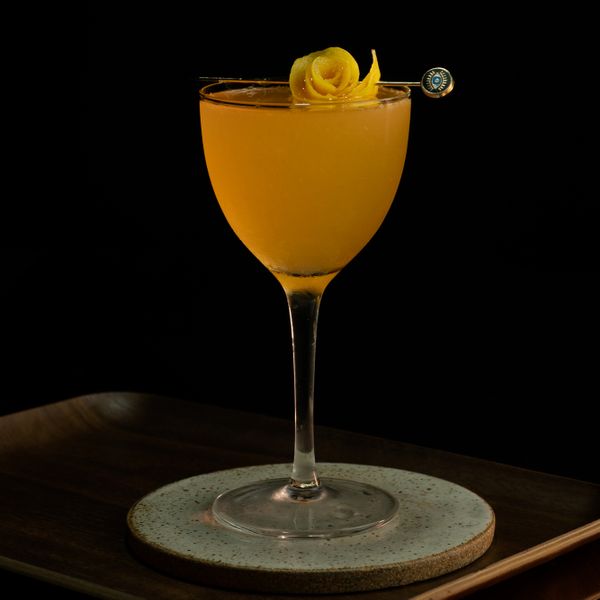 The crop top is a delightful grapefruit-centric cocktail that goes big on sunshine and summery vibes. We discovered it a while back in the book Cocktail Codex, but never got around to covering it during the proper season. It’s very much a drink for a certain set of months, and with an early heat wave setting in, there is no better time than now. When trying the drink, our first impression was “dang that’s grapefruity,” so you’ll need to be in the mood for the big bitter citrus; but if you are, it doesn’t get much better than this. The flavor profile even emulates a grapefruit, with a grassy bitterness that is tempered by an immediate sweetness. The result is bitter but balanced; it’s light, sunny, and mellow. Mix this up on a warm breezy day when a Negroni sounds like a bit too much.

The key to this drink, and the thing that initially caught our eye, is the combination of herbal amaro montenegro and pamplemousse. The herbs from the gin and amaro come through strong on the nose. The sip is briefly sour from the lemon before transitioning to a nice grapefruity sweetness that is mellow and very pleasing. This recipe might seem disjointed at first, but it is likely a riff on a modern classic: the paper plane, substituting montenegro for amaro nonino and pamplemousse for aperol.

The crop top is a funny and somewhat precarious drink. Because of this, there aren’t a lot of obvious substitutes that would balance well. That said, because the recipe is based on a paper plane, you could try swapping some of those elements: aperol could go in for the pamplemousse, or amaro nonino for the montenegro. Of course if you do both of these you just have a paper plane, which is undoubtedly a fine result but also not really the exercise. As far as bottle selection goes—we’re fans of Giffard pamplemousse and a dry, martini-style gin in this drink.