Dark, spicy, and a little sweet delivered in a no-frills package 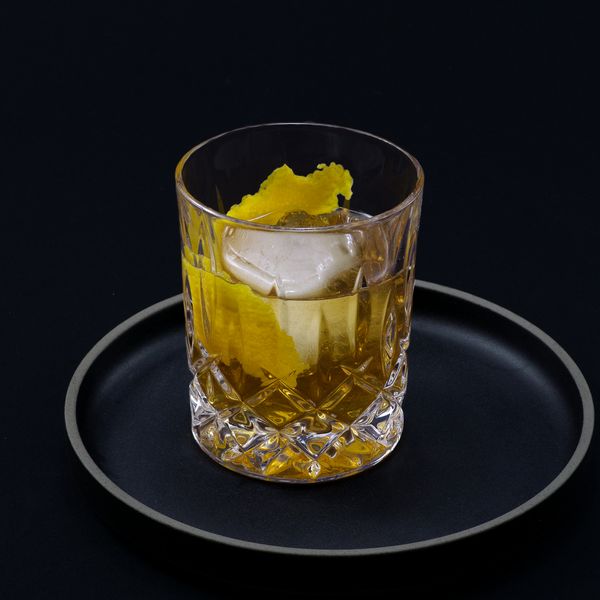 The Cock N’ Bull was a popular pub on Hollywood’s sunset strip, operated by bartender and famed anglophile Jack Morgan. Instead of the usual celebrity photos, the walls featured a few paintings of Queen Victoria, some other dead royalty, plus a dartboard. It was popular with famous actors, authors, and for a while, Rod Stewart’s soccer team. The bar is legendary not for its famous clientele however, but for the vodka drinks it helped popularize. This is particularly true for their most famous drink: the Moscow Mule. And while the Cock N’ Bull—created in and named after our storied pub—may never reach the same heights, it recoups whatever celebrity it might be lacking through a boozy, delectable charisma.

The Cock N’ Bull is dark, spicy, seductive, and a little sweet. It employs a no-frills, lowball utilitarianism reminiscent of workhorses like the old fashioned and Negroni. It also shares quite a few characteristics with the Vieux Carré. Like that cocktail, it has the admirable qualities of pre-citrus cocktails, but with a level of sophistication and complexity above and beyond the fold. It is the perfect recipe for a night when citrus sounds like overkill, and the soft clink of ice against the rim of a glass simply cannot be gone without.

This cocktail is naturally pretty sweet. If you aren’t in the mood, try dropping a quarter ounce of Benedictine, or even a bit of the Curacao. In situations like this, we prefer Pierre Ferrand Dry Curacao, which will not only ratchet up the complexity, but also help balance the sweetness. Some versions of this drink call for bitters, while others do not. We think these sorts of beverages can only benefit from the zesty stuff, and accordingly recommend a dash or two. This drink can be made by pouring the ingredients directly into the glass, but we always prefer the look of a drink prepared in a mixing glass. That said, if your day sucked, don’t let us keep you from one-dish zen.